New Non-Fiction at the Library!

At the End of the World: A True Story of Murder in the Arctic by Lawrence MillmanAt the

End of the World is the remarkable story of a series of murders that occurred in an extremely remote corner of the Arctic in 1941. Those murders show that senseless violence in the name of religion is not only a contemporary phenomenon. At the same time, the book is a warning cry against the destruction of what’s left of our culture’s humanity, along the destruction of the natural world.

Cesar Millan’s Lessons From the Pack: Stories of the Dogs who Changed my Life by Cesar Millan with Melissa Jo Peltier

From his roster of celebrity clients to his reality television series, Cesar Millan is America’s most sought-after dog behavior expert. Now, he reveals the amazing ways that our pets can teach us. In this affecting book, he shares eight heartwarming stories about the dogs that have inspired him the most–and the lessons he’s learned from them about healing and more. 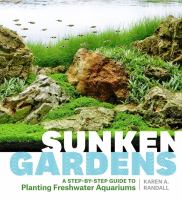 Sunken Gardens: A Step-by-Step Guide to Planting Freshwater Aquariums by Karen A. Randall

The essential guide to creating your own underwater world. Sunken Gardens is packed with everything you need to plan, design, and maintain a planted freshwater aquarium. Karen Randall shares her years of expertise and makes this enchanting hobby accessible to everyone.

Letter to a Young Farmer: How to Live Richly without Wealth on the New Garden Farm by Gene Logsdon

For more than four decades, the self-described “contrary farmer” and writer Gene Logsdon has commented on the state of American agriculture. In Letter to a Young Farmer, his final book of essays, Logsdon addresses the next generation–young people who are moving back to the land to enjoy a better way of life as small-scale “garden farmers.” Completed only a few weeks before the author’s death, Letter to a Young Farmer is a remarkable testament to the life and wisdom of one of the greatest rural philosophers and writers of our time. 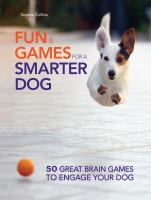 Fun & Games for a Smarter Dog: 50 Great Brain Games to Engage Your Dog by Sophie Collins

Mental exercise provides just as many benefits for dogs as physical exercise does. But once you have basic training–sit, down, come, stay–under your belt, what can you do to build your dog’s brainpower? Take your pup’s repertoire of skills to the next level with an array of games that challenge his body and mind alike.

By comparing Earth’s story to those of other planets, astrobiologist David Grinspoon shows what a strange and novel development it is for a species to evolve to build machines, and ultimately, global societies with world-shaping influence. Without minimizing the challenges of the next century, Grinspoon suggests that our present moment is not only one of peril, but also great potential. Our species has surmounted the threat of extinction before, thanks to our innate ingenuity and ability to adapt, and there’s every reason to believe we can do so again.

Do Less, Get More: How to Work Smart and Live Life Your Way by Shaa Wasmund

When you stop trying to do so much, you get so much more done. Do you put yourself under too much pressure to succeed, which only makes it harder to achieve? In Do Less, Get More , entrepreneur and bestselling author Shaa Wasmund reveals that when we embrace a “less is more” attitude, we can appreciate all the good things we already have and find the courage to prune the nonessentials. And then we can find the space in which to pursue exciting new opportunities.